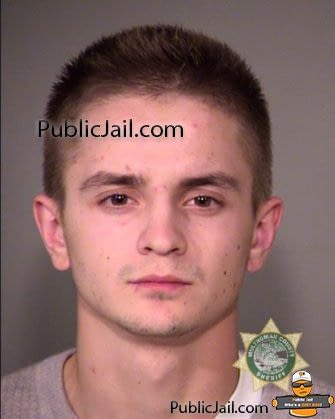 A third man suspected in a September shooting at a Vancouver house party appeared Wednesday in Clark County Superior Court.

Pavlo S. Kosmyna, 22, of Portland appeared on suspicion of three counts of first-degree assault with a deadly weapon and drive-by shooting in connection with the Sept. 24 shooting.

He was arrested Thursday in Oregon by the U.S. Marshal’s Service.

Kovalchuk and Yurchenko, both 20, also are accused of shooting at a group of high school students days later at Vancouver’s Marine Park. A 16-year-old boy and 15-year-old girl were wounded.

Deputy Prosecutor Patrick Robinson said Kosmyna was present during the Marine Park shooting, and although he hasn’t been charged, he is a person of interest.

Judge Derek Vanderwood set Kosmyna’s bail at $400,000. He will be arraigned Nov. 23 with Kovalchuk and Yurchenko.

Court records indicate that Artur Savochka was hosting a party at his home in the 6500 block of Northeast 79th Avenue in Vancouver when Kosmyna and Kovalchuk arrived with a group of people who were not invited. Savochka repeatedly told them to leave, but Kosmyna allegedly started a fight, according to court documents. The group left after hearing sirens.

However, about two hours later, a 911 dispatcher received a call shortly before 12:45 a.m. about shots fired at the residence, according to a probable cause affidavit.

People who were arriving at the party saw a dark-gray BMW speed through the neighborhood with its headlights off. Two people wearing masks got out of the BMW, ran to the house and fired multiple shots. They then ran back to their car and sped off. One of the shooters was carrying a shotgun, the affidavit states.

There were about 20 to 30 people inside the residence at the time of the shooting. No one was injured, court records said.

Kosmyna and Kovalchuk met up with Yurchenko after the fight at the party. Kovalchuk drove Yurchenko’s BMW to the house, and Kosmyna and Yurchenko put on masks and armed themselves with a .380 semi-automatic pistol and shotgun, according to court documents.

Police later found a 12-gauge shotgun in the trunk of Yurchenko’s car and two masks in the backseat, the affidavit said.