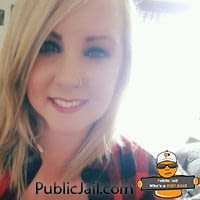 A Vancouver certified nursing assistant allegedly stole more than $22,000 from an elderly woman and hundreds more from a quadriplegic woman she cared for earlier this year, court records show.

Kate Vernier-Fabian, 30, made a first appearance Friday in Clark County Superior Court on charges of first-degree theft, two counts of first-degree identity theft, four counts of forgery, two counts of money laundering and third-degree theft. Some of the charges carry aggravating factors — a vulnerable victim, violating a position of trust and a major economic offense — that would allow for an exceptional sentence if she is convicted.

According to a probable cause affidavit, an 87-year-old local woman fell and hit her head in February, went into a coma and died three days later. When her daughter went through her finances after her death, she noticed large sums of money had been withdrawn from her mother’s bank account. Vernier-Fabian was the victim’s caregiver for more than four months, the affidavit states.

In an April 26 interview with investigators, Vernier-Fabian admitted to taking the woman’s checks, filling them out and signing her name, the court document states.

A search warrant was served on Vernier-Fabian’s credit union account, and investigators discovered that between Jan. 20 and March 6, she had deposited stolen pension checks for the woman’s husband, stolen Chase Bank checks and a stolen retirement check. The total loss was $22,162.69 — one check alone was for $20,000, according to the affidavit.

During their investigation, authorities also learned that Vernier-Fabian, over the course of three months, had stolen $325.85 in groceries from a quadriplegic woman she cared for, another probable cause affidavit states.

On March 23 and March 28, Vernier-Fabian used that woman’s debit card to purchase her groceries online and added her own groceries to the bill, the court document said.

Vernier-Fabian was arrested Thursday on a warrant.

On Friday, Judge Derek Vanderwood set Vernier-Fabian’s bail at $2,500 and appointed her an attorney. She will be arraigned Aug. 23.

Court records state that she has worked for Innovative Services NW, a local nonprofit that serves more than 1,700 children and adults through its programs, which include pediatric therapy, employment services, an early learning center and janitorial program. She told court officials she’s worked for the nonprofit for 4 1/2 years and currently works in the day care program. However, her employment status was not verified, according to court documents.

Efforts to reach the nonprofit Friday evening were unsuccessful.