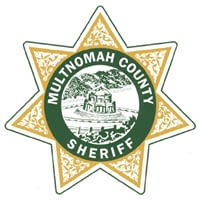 GPD officers learned that one of the rifles had an illegally short barrel, and no manufacturer or serial numbers were applied to either rifle. GPD officers continued to investigate and learned that Delker constructed both rifles by using parts purchased online, later assembling them into functioning firearms. At the time, Delker was released pending further investigation.

On May 14, 2015, GTF investigators arrested Delker and served a search warrant at his residence in the 7900 block of Southeast 82nd Avenue.

During the search warrant, officers seized an additional short-barreled AR-15 and a 7.69×51 scoped rifle. Additionally, a third AR-15 was found partially constructed, missing only the lower receiver, which was in an outbuilding ready for machining to be made functional.

The case will be forwarded to the US Attorney’s Office for possible Federal prosecution.
This case and arrest was the result of successful collaboration between the Gresham Police Department and the Portland Police Bureau.

The Portland Police Bureau Gun Task Force is continuing to actively investigate gun crimes in the City of Portland.

Anyone with information about gun crimes in the City of Portland is encouraged to provide information to the Portland Police Bureau’s Tactical Operations Division at (503) 823-4106.

Tips on gun crimes can be emailed to GunTaskForce@portlandoregon.gov.