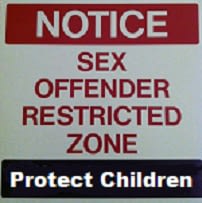 Jackson allegedly kidnapped an 18-year-old woman from Tacoma, drove her down Interstate 5 to Vancouver and raped her multiple times along the way. The two had met on a social media website called Tagged.com. They had never met in person before the incident, but they had exchanged messages through the website using profile names. Jackson’s profile name was “Jazz J,” according to a probable cause affidavit filed in Superior Court.

On the evening of the incident, Jackson was driving near a store in Tacoma, saw the woman walking and contacted her. He said he recognized her from the website. The victim did not immediately recognize him. However, she accepted a ride from him in his car, court records said.

Jackson then began to travel south on I-5 to Vancouver without allowing the woman to leave his car. The victim told police she was frightened because the driver displayed firearms and made degrading comments. He reportedly used this intimidation to force her to take pills, according to the affidavit.

He then pulled off the interstate in Clark County and raped the victim at three locations before continuing south and dumping her in downtown Vancouver — a city she wasn’t familiar with, 135 miles from her home. The victim ran to a gas station and called 911. However, the drugs in her system affected her ability to tell police what had happened, court documents said.

She was taken by ambulance to a hospital, where she later reported the rape to medical staff and asked to speak with police.

The victim’s phone and purse had been left in the kidnapper’s car so she logged into her Tagged.com account on an officer’s smartphone, looked through messages and found the person who allegedly assaulted and kidnapped her. The profile had several photos attached to it, which she used to identify her rapist, according to court records.

Additionally, the victim said some of the rapist’s DNA would be on her clothes, and police collected them as evidence. A lab test found the DNA was a match to DNA in a 2006 rape case that listed Jackson as the primary suspect. Photos of Jackson also matched the online profile’s photos, court records said.

A nationwide warrant was issued for his arrest in February.

Several addresses were listed for Jackson in court documents, including Covington, Vancouver and, most recently, Portland.

On Monday, Jackson told Judge Daniel Stahnke that he hadn’t been trying to “duck” his court appearance; he said he didn’t know about it because he had been visiting his parents when the warrant was served. He said he’s been attending school in Portland and working.

His bail was set at $75,000, and Stahnke ordered that he not have contact with the victim.

Jackson is next scheduled to appear in court May 8.