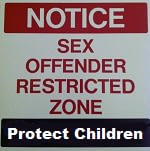 The National Center for Missing & Exploited Children contacted law enforcement after receiving a cyber tip from Dropbox Inc., a file hosting service, about an account storing images believed to be child pornography, according to an affidavit of probable cause filed in support of the allegations.

After reviewing 29 video files, investigators determined at least 27 contained images of minors engaged in sexually explicit activity. The two other video files possibly depicted minors, but it was difficult to determine the subjects’ ages, the affidavit states.

The account was eventually linked to Evans, and a search warrant was served on his residence and two vehicles, including his work van. Two cellphones were seized, and a forensic investigator found several images of child pornography on Evans’ personal phone, court records said.

Evans admitted to creating and operating the Dropbox account and an associated email address. He told police he uploaded and viewed child pornography through the accounts, the court document states.