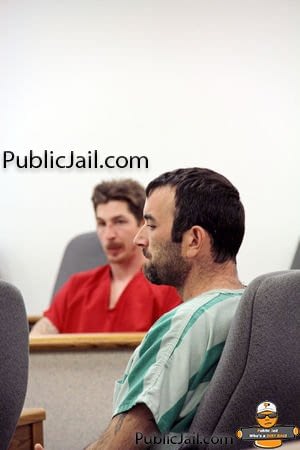 Deputy Prosecuting Attorney Brad Meagher requested bail to be set at $25,000 at the preliminary hearing.

Meagher said Bedsole has been cooperative with authorities, but he has a record that includes protection order violations, assault charges and interfering with reporting domestic violence. He didn’t consider Bedsole a flight risk, but had concerns he wouldn’t follow the court’s order.

Defense attorney Joely O’Rourke requested bail to be set at $10,000.

If released, Bedsole cannot have contact with the victim or family.

Arraignment and trial setting for Bedsole is scheduled for Thursday.

Bedsole allegedly molested the girl multiple times between January 2013 and February of this year.

The maximum penalty for first-degree child molestation is life imprisonment and a $50,000 fine.

• A 32-year-old Centralia father of seven was charged today with two counts of child molestation for allegedly touching a young relative’s private parts with his hands and his mouth. Jeffrey A. Bedsole Jr. was arrested on Friday following an investigation that began the week before when the 11-year-old girl’s mother contacted Centralia police. Defense attorney Joely O’Rourke told a judge today Bedsole has a stable residence with his wife and children and been in close contact with his pastor as she argued for just $10,000 bail. Lewis County Chief Criminal Deputy Prosecutor Brad Meagher asked for $25,000 bail for the offenses that have a maximum penalty of life in prison. Judge James Lawler set bail at $50,000. Bedsole works for a lumber company but qualifies for a court appointed lawyer, O’Rourke said. The judge also ordered he have no contact with minors or the alleged victim. His arraignment is scheduled for Thursday.