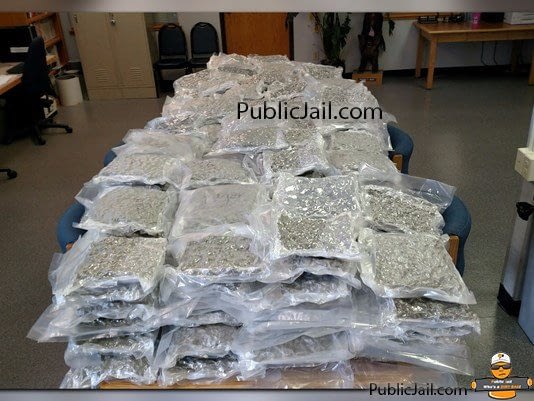 KLAMATH FALLS, Ore. — Marijuana arrests in Oregon may not be what they once were since the recreational drug was legalized, but they aren’t impossible.  Just ask the Duluth, Ga. man who now faces a major felony charge.

He soon found out, if he didn’t already know, that carrying nearly 300 pounds of processed marijuana in a U-Haul is slightly over the legal limit – and trying to leave the state with it is an even bigger problem.

It all started when the Oregon State Patrol said they pulled over 24-year-old Kim M. Mason for a stop sign violation.

But the stop soon escalated from there when the trooper noticed that Mason was acting suspiciously. He requested permission to search Mason’s moving truck.  Inside was furniture that police said had apparently just been purchased from Goodwill. That in itself wasn’t the issue.

The 296 pounds of marijuana packed into that furniture, however, was a problem.

Mason was charged with possession of a controlled substance, marijuana – more than 32 ounces which is a Class A misdemeanor.

However, Mason also told the trooper he was driving to Salt Lake City, Utah.

That added a charge of exporting marijuana items from Oregon – over 16 ounces. In Oregon, that’s considered a Class C felony.

In Oregon, someone over 21-years-old can possess up to one ounce of marijuana outside their home. But it is considered unlawful to export the plant from the state.

Mason is being held in the Klamath County (Ore.) Jail.