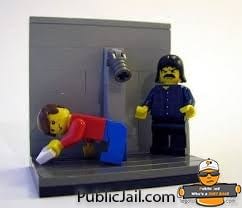 A Happy Valley man is in custody after police say he agreed  to sell stolen Legos to undercover investigators.

Pavel Illich Kuzik, 25, was arrested in a stolen car on Thursday, the Portland Police Bureau said in a news release, and booked into the Multnomah County Jail on multiple outstanding warrants.

Kuzik is accused of stealing Lego sets and other goods and selling them online on OfferUp.com. Detectives and Fred Meyer loss prevention officers started investigating the thefts in late February, according to the news release.

The investigation is ongoing, and police expect Kuzik will face additional charges.

Kuzik also pleaded not guilty to third-degree theft in a separate case Thursday morning, court records show. He’s accused of stealing merchandise worth less than $100 from a Target store in late January.

Kuzik is being held at the Multnomah County Jail on $46,234 bail, jail records show.

His criminal record includes felony convictions for second-degree burglary, unauthorized use of a vehicle, fleeing or attempting to elude a police officer, and identity theft, court records show.