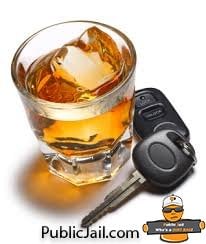 Two men from the Treasure Valley were killed Sunday in a car crash on Highway 95 in Malheur County, Oregon, just north of the Nevada border.

The two men were identified as Luis M. Salas Ramirez, 35, of Garden City, and Parrish W. Speegle, 49, of Boise, according to Oregon State Police.

Police and emergency workers responded about 5:30 p.m. to the scene of the multi-vehicle crash near milepost 92.

A 2000 Toyota Tundra, driven by Brandon Fuller, 45, of Livermore, California, was traveling northbound on Highway 95 when it crossed the centerline and collided with a southbound 2005 Chevrolet Trail Blazer, driven by Ramirez, according to police.

Ramirez and Speegle, a passenger, were pronounced dead at the scene.

Fuller received minor injuries. He was arrested at the scene and taken to the Malheur County Jail where he was being on the following charges: manslaughter II (two counts); assault III; reckless driving; and driving under the influence of intoxicants, according to police.

Alcohol consumption by Fuller is being considered a contributing factor in the crash, police said.