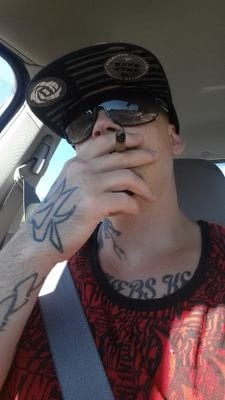 Two men are facing charges in connection with the poaching of bighorn sheep off Interstate 84.

Oregon State Police troopers received a report of suspicious activity along the highway near Milepost 119 east of Biggs Junction at 9:45 a.m. Sunday.

The caller stated it appeared a man was gutting a big game animal and was concerned it was a bighorn sheep.

Troopers responded and located a vehicle occupied by Justin Samora, 32, of Layton, Utah.

While troopers were talking with Samora, passing drivers stopped and advised the troopers that a man was hiding in the brush near their location.

The second suspect, Cody Plagmann, 28, of Troutdale, was found hiding along the railroad tracks about two miles east of the original scene, according to police.

Investigators said Plagmann and Samora worked together to shoot and remove the heads of the bighorn sheep. Police said two bighorn sheep were recovered, but they were not able to be salvaged.

Plagmann was arrested on charges of taking and possession of a bighorn sheep, wasting of a game animal and hunting on another’s cultivated or enclosed land.

Samora was arrested on the charge of aiding in a game violation.

Both men were booked in the Northern Oregon Regional Correctional Facility in The Dalles.

“It’s an outrage that someone would poach a bighorn sheep, when hunters can wait their whole life and still never get the opportunity to hunt this iconic species,” said Jeremy Thompson, district wildlife biologist in The Dalles. “This herd is also a popular viewing attraction for people driving along I-84, and has been there since 1993.”

Anyone who may have witnessed the incident or has information about this investigation is asked to call The Dalles Area Command at 541-296-9646.
Read more: http://www.kptv.com/story/31640927/two-men-arrested-in-bighorn-sheep-poaching-case-off-i-84#ixzz44znhd4na